GrinNing Ever So NaUghtIly


‘How is your prison life?’ Obynno asked me, once I stepped into the thatched hut. We had spoken on phone and he had described where to find him.

‘Forget prison life,’ I said, pulling up a chair to sit on. ‘I don’t want to lose my appetite.’ I had passed on the catfish to him the last time we met at another bar.

‘Good.’ Obynno smiled, his eyes crinkling at the edges. ‘Hope you have enough appetite for tonight!’

‘Then you are game?’

I sensed some mischief in him. ‘What game?’

‘Relax.’ He reached out a hand and patted me reassuringly on the shoulder. He leaned back in his chair, sipped some of his Gulder, then called a waiter, and told him to get me a bottle of Guiness stout and a plate of nkwobi.

The waiter brought our orders in a trice.

I poured myself a glass of stout. I delighted in the sweet pungent aroma that rose from the cowleg and oil bean sitting in the creamy oil sauce for a short while. Then I sipped my stout slowly. 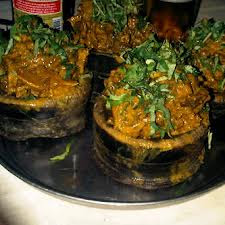 It was a Friday evening, past six. Obynno and I were sitting at a popular bush bar in New Owerri. As we drank in silence I noticed he had a slight furtive air about him. His eyes darted about at the slightest sound, like he expected something might go wrong.

He was the one who needed to relax, I thought, and washed my hands in the bowl of water on the table. I dug into the plate of nkwobi. Chewed on a piece of cowleg with relish; it tasted peppery but well-cooked. I polished it off in no time, and a loud satisfying belch broke free from my lips.

‘You want another one?’ Obynno asked.

Obynno had already eaten some fried beef before I got there, now he prodded something between his teeth with his thumb. He hardly used a toothpick; a dirty habit, though I couldn’t tell him that.

‘Boy, you need to ease up from time to time.’

‘No, me,’ Obynno scoffed. ‘You have been carrying too much negative energy inside of you, too much load, and you know what it could do to you.’

‘It eats you up like ogogoro, acid in the bones, your face starts to wrinkle and grow thinner like an old chimp’s, those negative feelings, then you become bitter with yourself and with everyone.’

‘Hmm.’ I nodded, thinking he was right; that might explain why I was feeling touchy of late; it could also be the cause of my headaches.

Obynno’s cell phone pealed a note just then. His face broke in a grin. He angled his body away from the table and sank his hand into his side pocket. His eyes opened wide as he saw the caller’s ID on his cell phone.

He spoke in a burst, fast and uneven: ‘…yes, I’m there, lovely…you came together? Ah, good – beautiful…! Wait, over here…just look up –’ He broke off and whipped his head up. Then he pushed his chair back and sprang up. ‘– over here!’ He held an arm high above his head. He looked juvenile, even though he was in his mid-forties.

I could tell that they did not put on bras, for their breasts pointed slightly upwards over the hems of their blouses. The taller one was putting on a sleeveless yellow halter mini dress; her friend was clothed in a strapless red tube. They had long slender legs. They walked with that exceptional grace that befitted well-to-do girls. They could not have been less than twenty-one, undergraduates obviously.

And they looked like girls who spent much of the time watching Channel O and Trace, while nibbling on Pringles and sipping Coke.

The taller girl cast a swift impersonal glance at me before exclaiming, ‘Obynno, sweet teddy-bear!’ She leaned over to make a popping sound on his cheek.

‘Mamma mia! My one and only,’ Obynno cried, quaking his shoulders in a comic fit, as if he was being electrocuted.

Now I understood why he seemed furtive a while ago. He had been expecting the girls. That was why he said he hoped I had enough appetite for tonight. Obynno was so doomed!

I laughed – and the girl spun around, as if to tick me off for laughing since we were meeting for the first time –

‘And who is this fine-looking dude?’ She sounded bold and glib.

She glanced back at Obynno. Her hairdo was modelled on Rihanna’s; a short crop with straight ends that framed one side of her face, covering much of her brow – a hairdo popular among her peers.

‘That’s Chekwas – my younger brother.’ Obynno held up his glass, in a toast.

Ah.’ Her lips curled into a small O. ‘You never told me about him, sweetie!’

‘He’s a shy guy, always hiding himself at home.’

The girl stared intently at me, hands on her lips, one shoulder tilted upwards. I suppose she wanted to find out if Obynno was right about me. ‘He’s cute,’ she said at last. ‘More handsome than you are.’

Obynno sniffled and hung his head, faking a heart break. ‘He’s handsomer only because I don’t have anyone to look after me, the orphan that I am.’

The girl made a face and rubbed him on the head. ‘Oh my poor teddy-bear,’ she said, her tongue clicking in sympathy. Obynno sidled up to her, pressing a side of his face against her hip, then winked at me.

I smiled and shook my head, for I could pretty much tell what was on his mind.

The girl turned and raised her cheeks, lips parting in a thin smile. She looked likable, vivacious, as she held out a hand and said, ‘I am Shakira.’

I wanted to ask if that was her real name. But I could see that her hips jutted out round and wide enough to pass her off as a black likeness of the American pop star except she didn’t have long blonde waves.

I heard myself gasp, ‘Chekwas – my name is Chekwas,’ as I shook her hand.

‘Nice.’ Shakira withdrew her hand slowly from mine. She pointed her face to where her friend stood some few feet away. ‘And that’s Cheryl.’ Shakira nodded towards the girl who was watching me under thick eyelashes, with her hand cupping her hip in a confident pose.

‘Hello,’ I said, raising my hand halfway from the table and thinking the girls looked more fittingly dressed for a disco club.

‘Hi,’ Cheryl said, batting her lashes. Her hair – thin, bouncy curls – hung just above her shoulders; like her lashes, her hair was fake. But none of that took away from her charm. She drew closer and stuck out her hand. I reached for it, and we shook hands.

I sensed Obynno’s eyes on me, so I turned my head and caught him watching the three of us, with the self-assured bearing of a pimp who knew his girls were more than tempting enough to keep any client drooling on his knees. I didn’t feel too comfortable with how he was staring at me.

He often regarded me as a weakling. And that stare made me feel too little, as if I had some kind of defect, I couldn’t have an erection. Strangely enough, I felt this way myself much of the time, particularly when I was in his presence. And almost always, I felt I had to prove to him that I was man enough to deal with anything….

Obynno leaned over as if he wanted to whisper something to me, then he said to the girls’ hearing, ‘Bros – stop staring at their caboose!’

I felt flattened, embarrassed. But then I was quite surprised to note that the girls found his statement funny. They started laughing in a quiet lighthearted way, like they knew a good deal about decorum; that the way you laughed could make someone regard you as cheap or coarse. Their laughter sort of eased my discomfort.

‘Are you sisters?’ I asked in a halting voice, for I didn’t want to be embarrassed a second time. Obynno was like that, everything was a joke to him, and he never thought you could get offended from being the butt of his jokes.

Cheryl and Shakira shared meaningful glances – for a second, I feared I would be laughed at again – and then they giggled together, their left hands pressed loosely to their breasts.

‘Ah, we have been friends for…like…’ Shakira paused, her eyebrows knotted downwards in recollection, ‘…like forever.’

‘Enough of pleasantries,’ Obynno piped up. ‘Girls, feel at home, let’s enjoy – life is too short.’

Shakira slid to the empty chair beside him, draping an arm around his shoulder, and whispered, ‘Teddy bear, the usual, with fried chicken.’

I fancied Cheryl might do the same, but she only gazed at me. I nodded at the vacant chair next to mine. She moved it closer so that it rested against my chair and sat down, hands folded in her lap.

Obynno lifted his arm up and signalled to the waiter, who dashed over and briefly glanced from one face to another. Shakira threw her head up and flicked a glance at Cheryl. I could tell she had passed a secret message to her friend. Whatever it was I couldn’t tell, but it was a message nonetheless, which she didn’t want to be voiced; a message Obynno and I were not supposed to hear.

Cheryl smiled and said she would like a Smirnoff Ice with fried chicken, too. I wanted another bottle of stout only. 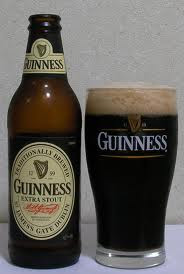 Obynno gave the waiter our orders.

The air pulsed with a song about love taking control of someone, looking like another love TKO…It sounded familiar, the voice, though I couldn’t figure out who the singer was; my mind went back and forth between George Benson and Lionel Richie.

Leaning back on my chair, I saw Obynno slip a hand under the table and Shakira leaning into him.

‘Missed you like crazy, mamma mia,’ Obynno whispered. I suspected his hand was on her thigh, or in her panties. I sometimes pictured him as a dog, because courtesy did not matter to him when he was aroused.

Shakira whispered in his ear, ‘Teddy bear, I am all yours, tonight.’

Obynno glanced across at me with a naughty grin, which I thought meant I could go ahead and take pleasure in the girl seated beside me.

‘O boy, don’t disgrace me,’ he said, grinning ever so naughtily. ‘I haven’t brought you here to mope and mull over your sorrows!’ He paused for breath, looking like one choking on excitement. He went on, ‘You know me – man worry, man die, man no worry, man die, so fucking chop your money when you are young!’

Then he dipped his head down between the V of Shakira’s breasts and breathed her in, once, twice, and then chuckled like a moron.