Roses and Bullets in the Time of Bomb Blasts

Professor Ernest Emenyonu, a specialist in African Literature, University of Michigan-Flint, and the editor of African Literature Today (ALT), hosted some young and established writers at his country home in Mbieri, Imo State, sometime in 2005. Over scrumptious meals and ice-cold drinks, he decried the dearth of literature on the Nigerian civil war. If I can still clearly recall, he threw a challenge to us and made us understand that a country that tries to suppress and erase its past, regardless of how bloody it was, might just as well be paving way for another round of bloodshed in future.

I flirted with the idea of penning a short story set against the backdrop of Biafra then, maybe it was the effects of satiety or inebriation. I can’t quite tell. But, well, thanks to the phenomenal success of the influential Half of a Yellow Sun by Chimamanda Ngozi Adichie (excerpt here), my spirits flagged shortly afterwards and the rest of my scribble or story flew straight to the bin. Or history.

This brings me to another influential civil war novel. The multi-award winning writer, Professor Akachi Adimora-Ezeigbo will be revisiting the horrid memories of the Nigerian civil war in her starkly impressive novel, Roses and Bullets. You can read an excerpt here.or buy the Kindle version at.

Akachi will be the Guest Writer at the Abuja Writers Forum (AWF), at the Pen and Pages Bookstore, White House Plaza, Plot 79, Adetokunbo Ademola Crescent, Wuse 2, Abuja. It is an initiative of Dr Emman Shehu and it has featured an exciting array of emerging and established writers, me included. The event is slated for June 25, 2011 by 16:00 – 18.30. You can read more about Akachi and the Jalaa Writers’ Collective here.

Meanwhile, as you get ready to attend Akachi’s reading, say a prayer for the victims, both dead and living, trapped in a country in the time of bomb blasts and unbridled bloodletting.
Posted by Uche Umez at 03:36 2 comments:

The Boy Who Likes Throwing Stones at Animals

Here is a story that was inspired by my little nephew, and i scared him that if he kept stoning animals he would end up disappearing someday.


‘STOP STONING lizards,’ Chima’s Mum tells him every time she sees him running after birds and reptiles with pebbles in his hand. ‘It’s a mean thing to do.’

Chima is six years old. He hardly listens. But it is not that he dislikes animals. He only thinks it is fun to scare them away with stone; after all, they never complain.

This evening Chima hides behind an ugba tree watching Sparrow hopping along the footpath behind his Mum’s kitchen. He grins as he tiptoes out from behind the tree and throws a stone at Sparrow. He chuckles as the poor bird flaps her wings in pain.

But when Sparrow lies still on the ground with her beak open, Chima’s heart begins to pound and he runs away.

‘Where have you been?’ his Mum asks him when he enters the kitchen.

Chima doesn’t look into her face – because, he thinks, she will notice he’s done something bad.

‘I hope you have not been throwing stones again,’ she says.

Chima almost tells her that he might have killed a bird, but says nothing.

‘You’ll get into trouble someday,’ she warns him.

Chima trots into his room, glad that she hasn’t told him off. Outside his window the sun has begun to drop.

‘I shall rest awhile,’ he yawns, and jumps into his bed.

Chima falls asleep, only to wake up in a forest. He recognises the firs, oaks, pines, beeches, and eucalyptuses from his colourful picture book. Their branches form a protective umbrella over his head.

He hears a creepy sound. He jumps as he sees Lynx, Wolf, Deer, Hedgehog, Marten, and Beaver watching him coldly.

‘Tsk,’ hisses Snake, ‘the boy who likes throwing stones at us.’

A long-horned mountain Goat skips forward. Frightened, Chima misses a foot and hits his bottom on the ground. ‘Ouch,’ he cries.

‘Leave the naughty-naughty to me,’ screeches Eagle. 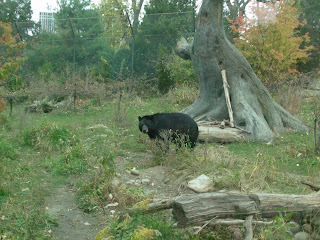 A big brown Bear lets out a loud unfriendly sound, and all the animals make way for him. Chima’s mouth falls open as he sees just how tiny he is before this giant. His legs shake, for there’s no getting away from this strange woodland. He is trapped. In a strange land.

‘Welcome to Timanfaya National Park!’ Bear growls, pushing out his chest. Like a gorilla.

Chima wants to scream. But, thinking Bear will bite his lips off, he presses his hands to his mouth. He remembers reading about Timanfaya National Park, and fear grips his heart.

‘Teensy boy, you know why you are here, ooi?’ snarls Bear, pulling him to his feet.

Bear laughs. ‘You are on trial!’

Trial? Chima looks at him, confused. He hasn’t done any wrong, has he? Then why do they want to try him? What for? He has watched a lot of movies with courtroom scenes, so he knows what being on trial means. That is, someone has accused him.

Which of the animals has pointed the finger at him? Chima wonders. If he is found to be at fault, then he would have to bear some kind of punishment. Either he pays a fine (where will he get the money?) or spends some long days and lonely nights in a filthy place known as a prison. How can a six-year-old live in such a horrible place – without Mum and Dad? 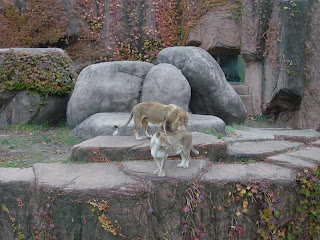 Chima opens his mouth to explain that he’s done no wrong. Bear cuts him short, saying, ‘It is not right to treat any animal unkindly, do you know?’

Bear goes on, ‘It’s an offence to hurt an animal, ooi?’

‘Thereby, we have found you guilty, as charged,’ says Bear. ‘You shall be sent to Andalucia. There, you will live on a mountaintop for months, until you learn not to throw stones at the smallest animal again.’

‘NOOOOO!’ Chima howls, imagining all the dangers he is likely to face on the mountain. ‘Please, don’t take me away from my parents.’

Bear calls Boar and Bat. They tie his hands with a thick rope, even as Chima begs them to let him go. Badger makes to drag him away, but Chima kneels down.

‘I’m sorry,’ he says, tears rolling down his cheeks, ‘so sorry if I’d killed any animal.’

Bear sucks in air. ‘Sparrow!’ he calls out.

Chima widens his tearful eyes in surprise as the same tiny bird he had thrown a stone at hops out from the crowd.

‘Hello,’ Chima whispers, feeling quite relieved that the bird didn’t die, after all.

‘Oh, you both have met,’ Bear says with a grin. ‘Now you promise not to harm our kind anymore, ooi?’ he asks Chima, who replies at once, ‘I promise to treat every animal with kindness, Mr. Bear.’

The other animals break into a giggle. Mink sets Chima free. Tortoise crawls over, mumbling about the need to set up national parks in every country. Bear says something about endangered animals; those who had died off completely. He mentions Dodo, Dinosaur, and Mammoth.

Chima becomes sad. If only I can bring back those animals, he wishes, squeezing his eyes shut. At once he finds himself back in his bed.

The sun has since set. Chima hears his Dad laughing in the sitting room. He leaps out of bed and runs out of his room to meet him.

‘Anything?’ asks his Dad.

‘Dad,’ Chima breathes out, sticking out his little chest. ‘I’m going to build national parks like they have in Spain when I grow up,’ he says.

His parents raise their eyebrows in surprise. ‘Why?’ they ask.

‘Because,’ Chima replies, ‘if I keep throwing stones at animals, they will get hurt. And I don’t want any animal to disappear ever again.’
Posted by Uche Umez at 05:54 4 comments: