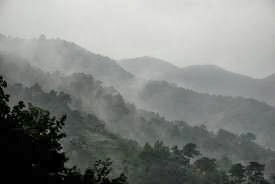 I am standing here

we were blowing soap bubbles
and you said, what’s a metaphor?
and I’m like, women!

the grey around your eyes
the slight ruse of a smile

that you knew metaphors were bubbles 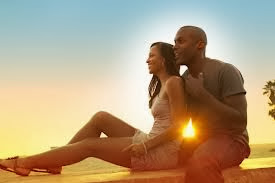 recently, in order to fend off atrophy of the writing muscles, i decided to flex my muscles through experimenting on drabbles, or what some would call "microfiction".

and since the theme mainly deals with romance and marriage, Romance Meets Life
was willing to publish some of them, which you can read below:

"You do want to find out the truth about your husband, right?"

‘I don’t know him,’ the stranger said, ‘but my wife’s never seemed so happy…’

CJ manages to say, ‘What makes you think I won’t marry someone like you.’

Yet he snarled, ‘I hate it when you act deaf.’

Dami has offered us a Slim, Pert Poetry Holder

I should be disappointed in Dami Ajayi. Politically correctness aside, I am. Flatly. Disappointed, for I did expect something much more than what he has offered us: here is a very capable young man, who opted to shortchange his brilliance by not publishing a volume of poetry, but instead offered his throng of admirers a slim pert 30-paged poetry holder. 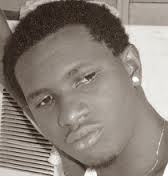 Dami is a poet, an essayist, a short fiction writer, and also a co-publisher of Saraba Magazine, an online quarterly lit mag. So you'd understand why I expected something more formidable from him. Sometime in 2011, he was among eight young Nigerian poets I presented as "emerging poetry voices" that were representative of their own generation – let’s call them the millennial generation. Click here to view them.


This modest effort by Dami is worth commending anyway, and of course commenting on. So, at last, Dami Ajayi has released Daybreak and Other Poems – a chapbook containing fourteen poems of uneven shades of lucidity, humour and grace. I am not disappointed with the poems, though. They are as pert as the chapbook itself.


Not surprising, for me at least, his poetry is bereft of ism, the ism of protest, of indictment, which animated a good number of Nigerian poetry, right from the time of colonialism, through civilian misrule, military despotism, and back to this moment of democratic doddering.


By weaning himself off the poetry of political consciousness, Dami appears to have – like some of his contemporaries – broken with the poetic tradition of generations before him. Euromodernists, nationalists, activists, and post-activists. He has chosen to explore more private issues, instead. So it’s really not surprising if his poetry reflects much of what typifies the current, or perhaps ethos, of his generation, a privileging of the self over the polis, a visible sexual angst – possibly, a strong sexual consciousness.


So in some way, it is pretty refreshing to read poetry that is without indignation, without ism, given that we are already living in a world that is more fraught than ever before, even though we are daily beset by titillating (or disturbing?) images of hyper-sexuality.


Little wonder, then, that Dami’s thematic concerns are just about voluptuous. Some of the poems in Daybreak and Other Poems appreciate the voluptuousness of life, as though Dami the medical doctor has since grown weary of seeing the sore, cadaverous side of life.


Poems like “Amaokpala East-Side Motel”, “Konji Blues iii”, “You are my Flagellation”, “The Gnaw”, “The Blue Room”, and “Slow dancing”, although other poems like “Die a Little”, “Dreams die at Ekwulobia”, “Dreams”, “Tolu”, and “Home” evoke myriad feelings of misery, grief and nostalgia.


Daybreak and Other Poems prefigures Dami as a poet who is capable of producing a luminous work of poetry (with more spectrum), only if he remains quite committed to this unforgiving craft, if he is willing to stretch himself thin, surpass what he's just freshly offered us.


For now time will tell if Dami Ajayi might be ready to tax himself and produce a work that parallels his intellect.


By the way, I have posted (from the collection) my favourite poem below. For those who don't know "konji" is a slang that hints at "sperm build up" in a guy.


1.
What do we do about hearsays
Gathering like Vietnamese camouflage
On our brows?

What do we do about this rush
Seeping from sealed sweat pores?

What do we do to the skipping record
Imploring, why not fall in love?

3.
The kept woman
Likes to be called Madam.

She daydreams in the glazed mirror
In the cavernous corridor,
Sinfully.

4.
Eve,
Let me unfurl you,
Exfoliate you, rid you of clothes:
They are insignias of debut sins,
Eve.

5.
Please be still.
The pain that spread through your thighs
Is the joy that starts from your scalp.
Let me in.


To read the other poems, you can download the entire chapbook here.