I feel rhapsodic in sharing some of Alexander Jorgensen’s poems on my blog, well, it seems I have become stricken with the poetic bug again, especially coming on the heels of the last post featuring Eight Young Nigerian Poets Whose Poems Delight.

Now, who is Alexander Jorgensen, you may ask. He is personable and charming, a creative artist whose visual poetry and writings most recently appear or are forthcoming in Cricket Online Review, VLAK, Drunken Boat, Moria, GRASP, Shampoo's 10th anniversary issue, The Return of Kral Majales: Prague's International Literary Renaissance 1990-2010 and The Last Vispo Anthology.

His "Letters to a Younger Poet," correspondences with the late Robert Creeley, appears in Jacket #31. He was nominated for the Pushcart Prize in 2008! His visual poems were exhibited at the 2011 Text Festival in Bury, UK. And talking about the visual poems, I would be featuring those in my next blog, so do drop by, as usual.

Enough said, here are some crisp and lucid poems to cancel out the drudgery of weekdays and, more importantly, kick-start your weekend.

I'd be
sent to throw marbles
from the window
of my bedroom;

sent to throw marbles
when, clearly,
there, we, weren't,
hadn’t, any—

...and we
can wear
our raincoats.

Sent to throw marbles
till'd become
too tired to retrieve a
single one.

Know that Kiwi
who says he's a pilot
's a twitching eye?
It kinda stutters
way our auto-
mobile's brakes do?
And his index--
Forefinger's always
a bit shaky, tad
behind the thumb.
Awful at getting lost.

"Will be coke whores, once the bowl
of cheese runs out. Along the cusp
where Albright brought flesh new realism.

"Past the coiling sphincter (where the soul
's expunged), we'll sleep no longer able to brutally struggle,
slumping to the floor at the Russell Hotel bar.

now, don't forget to look in at Alexander's visual poems in the next blog-post, coming up sooner than you anticipate...
Posted by Uche Umez at 05:45 1 comment: 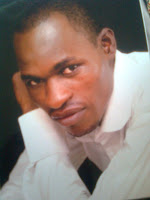 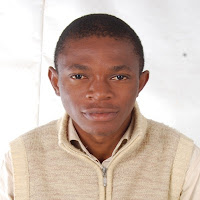 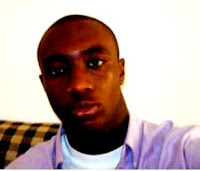 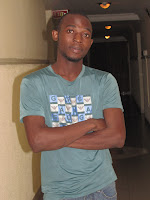 The word of God has become flesh in you,
Would you dwell inside my heart so true,
For I now long to write on your lips with a kiss,
You're a poem written by God in bliss.
Posted by Uche Umez at 02:25 13 comments: