Kiru Taye on Why She Writes Romance Fiction

Any time you pause at the roadside book seller in Marina, Lagos or on Douglas Road, Owerri, you are sure to find lying next to Better Lovers, How to Satisfy Your Woman, and 90% Pleasure Tips, this kind of sap: a colourful book cover with an all-round muscled man whose torso makes you think of crags and a smoky-eyed girl so barely dressed you can completely undress her with a puff of breath. It’s all so kitschy, right?

Myne Whitman kick-started this revival; now, Kiru Taye is just about set to launch off from her pad with a scintillating debut romance novel! It is a wonderful thing that is happening to Nigerian literature as Kiru Taye tells us how she ended up writing romance novels. KT, as she is fondly called, sees herself as an aspiring author of passionate romance novels set in Africa.

“I am an avid reader first and foremost," she says. "As a young girl growing up in Nigeria I read just about every novel I could lay my hands on. If you ask my brother he’ll tell you I always had my face stuck in a book as a teenager. As an adult my reading list is certainly more discerning but I still read a lot. Growing up, the books provided a form of escape from the drama that was my parents’ marriage break up (as the first child I bore the brunt of that war) and transported me to various exotic locations across the world. However, the stories that struck a chord with me the most where the romantic ones because no matter the adversities the hero and heroine had to endure, they always pulled through in the end.

“So when finally I decided to fulfil my childhood dream and write fiction novels, it stood that I would fall back to the kind of stories that I loved as a child and still love as an adult. I write mainly to entertain people. If one of my stories provides an escape for a person having a tough day or respite for anyone ploughing through the drudgery of daily life then I’ll be a happy person."

The image on the right represents KT. It is called Free Spirit and is courtesy of Richard Young at www.picturethisgallery.co.uk. 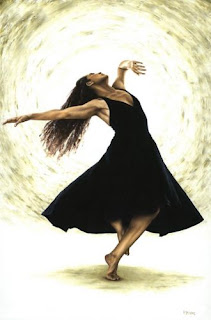 You can read some of Kiru Taye’s work at http://hubpages.com/profile/kirutaye. She currently lives in the United Kingdom with her very own alpha hero husband and two children. Her first full length novel will be published later this year.
Posted by Uche Umez at 03:35 11 comments:

Recently, I had the good fortune to speak with Chris Mlalazi, a prolific playwright and writer whose short stories I find very entertaining and captivating. Some of his stories (you can Google them) which I have had the opportunity of reading are seemingly dark yet spiced with humour, of a wry kind though.

I first heard of Chris Mlalazi through Niq Mhlongo, a South African novelist and my flatmate at the International Writing Program (IWP), USA, 2008. Ever since then I have been inspired by this amiable Zimbabwean writer, whose notable novel and short story collections include Many Rivers and Dancing with Life: tales from the Township, which earned him an honourable mention in the last NOMA Award for Publishing in Africa.

Last year Chris was the 2010 Feuchtwanger Fellow at the Villa Aurora artists’ residency in Los Angeles, but at present, he is Guest Writer at the Nordic-Africa Institute, Uppsala, Sweden. I asked him what he thought about writing residencies since he has participated in a few. Here is Chris’s reply reprinted below, in his own words:

“It is very important now and then in the writing career of a writer to get a writing residency where one can go and hone a writing project. Most of us, if not all, come from backgrounds or homes where sometimes it is challenging to concentrate on our art because of family commitments, which are also important on their own as they are the soul of our lives.

“So if a residency opportunity comes along, especially when we have a writing concept that has reached a critical stage, it is always a blessing to go there to engage in close combat with the stressful atmosphere of your story universe in total isolation without that infringing on family life. You know how testy we can become sometimes when we think we have a story about to be born. I have been lucky to get two such residencies in succession in 2010 and 2011, the first one at Villa Aurora in Los Angeles last year, and the current one at the Nordic Africa Institute in Uppsala, Sweden, as their 2011 Guest writer, where I am happily writing this note from.

“In Los Angeles I worked on a novel manuscript I had started in Kenya at the 2007 Kwani LitFest, and I managed to complete it, I think I completed it, and I am now trying to find a publisher for it. I also started another manuscript during the last three months of my stay at the beautiful Villa Aurora in Los Angeles. The story was just begging to be written, and in those last three months I managed to write 38 000 words of it. I laid the story to rest awhile between December 2010 and April 2011 as I was waiting to get to Sweden and start cracking on it again. I am happy I laid the story to rest too, for as I am working on it now, it feels too fresh and exciting. I do not know when I will finish this one, but what I know is that I am working on it is so hard. I will be in Sweden for three months till the end of June, when I return back to Zimbabwe.

“How does it feel like to be in a residency? Well, for starters, having your writing time funded so that you don’t have to worry about any financial matters as you indulge in the creative act is uplifting to the soul, and there is no excuse whatsoever for you to say at the end of the stay that I did not write anything.

“Of course it is not all work and play; there is time to watch the beautiful girls riding their bicycles in the streets of Uppsala. Actually I have fallen in love with Upssala, the people here have such beautiful minds and I wish I could take them all with me to Zimbabwe when I return.”

ABUBAKAR is one writer whose short stories I so much enjoy. His writing is so evocative and lyrical most of the time. You can find some of his short stories on African Writing, Africanwriters.com, and Sentinel Literary Quarterly. 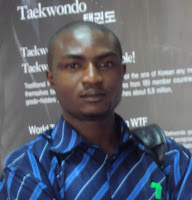 Abubakar, who holds a degree in Mass Communication from the University of Jos, Nigeria, has written for Vanguard newspaper, one of Nigeria’s foremost newspapers, and, at present, he is the Arts and Culture Editor, Sunday Trust, a popular newspaper in Nigeria.

At a recent chat with him in his office, he recollects a time when writing for him was fun, simply fun and nothing less – unlike now…

‘I figured out a long time,’ he reminisces, ‘I go that I might end up, in my old age, alone, writing by the wavering light of a dying candle, scribbling out the lines of my magnum opus – which in fact might never be read by anyone but my brothers, who will find my body next to the uncompleted manuscript.

Well, that was when I was much younger. Now, things are different. ICT has made writing much easier, I guess. But it is my bonding with such images, and loving them, that has made the challenges of being a writer much easier.

Writing? Tough business, really. Think of the countless hours of solitude, the sleepless nights, the cramped muscles, the strained, bloodshot eyes, the fervent drive to put the ideas in your head on paper, the irritation you feel each time someone intrudes on your thought process, the nagging hunger because eating would just waste your time, the frustration of receiving yet another rejection slip. Writing, really, is a tough business.

But why, you may ask, does one go through the pains for yet another rejection slip?

Because I was condemned to be a writer (don’t ask me by whom). It just seemed the only logical thing for me to do – and I enjoy doing it. While my childhood friends would be grappling with trees for the succulent mangoes dangling from the branches, I would be somewhere with a pen and a paper. Of course, my childhood was far from boring. I played a lot of football growing up, crawled around playing with crowns – did a lot of that actually – and other such things.

But it wasn’t all about lying under the tree with a book and running around chasing people’s chickens. Writing was an escape from the difficulties of an impoverished existence. I grew accustomed to the pangs of hunger because there wasn’t enough to eat. Instead, I fed on my imagination.

I stuffed myself full with the most delectable cuisines of ancient Persia, frolicked with veiled Arabian beauties in Andalusia, ran with the wolves in the American wilderness, explored the red mountains of Mars and sought solitude on the shady side of the moon. I had a sort of imagination binge. Feverishly putting these things on paper helped keep me sane and healthy. At a point, writing almost became the sole purpose of my existence.

Was it hard for me as a writer?

It was definitely easier then, when I was writing principally for my own consumption, building up my stack of juvenilia. There was no pressure to please anyone but me. I wrote what came to my mind, how I wanted it written and when. Then my elder brother came and changed all that.'

In 2007, his radio play, A Bull Man's Story, won the BBC African Performance Playwriting Competition and his first novel, The Quest for Nina, was published by Raider Publishing International in 2008 in the United States. He is currently working on his second novel. 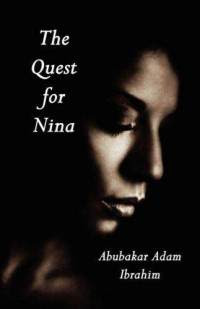 'He urged me to enter a playwriting competition and when I declined, he bloated with anger. So I wrote, for some judges sitting in a distant London, for my brother’s ire to deflate. Months later, a letter of encouragement came back. The next year, he asked me to write again, and then the year after and the year after that.

I got tired and stopped sending entries, but I never stopped writing. This time, I wrote things I believed could be published when someone, in the future, stumbles on my cache of unpublished works. And then one year, I ventured an entry once more. And I won – first Prize.

A couple of prizes followed and with them the weight of expectation. It is no longer enough to write but to write well – writing well, of course being relative. Now there are deadlines, word limits and certain standards to be complied with.

It was more fun then. It’s a bit harder now. But there is nothing else I would rather die doing.’

Hmm. As for me, I think writing is less fun these days, maybe because the more you know about writing the critical you become of your writing. Perhaps.
Posted by Uche Umez at 03:25 No comments: