What's hard for you as a writer?

Writing is hard, and for some writers it is harder – for me, at least. I sometimes wish it could be easier, the process, but the strain can be quite immense, physical and psychological, emotional and mental as well, and I’m tempted to delete the little I’d scrawled down on the computer screen. But more often than not, I am forced to self-motivate myself, like a Stoic, get through the strain until I’m likely to find some shadow of a shape, a certain trace of meaning, no matter how slight, how inchoate.

To console myself that I'm not alone, I mean, suffering all alone, I have decided to seek solace in the revelations of some fellow writers, whom I shall be chronicling here, as the week rolls. Hope you find some consolation also.


Isabella Morris holds MA in Writing (Wits) and was shortlisted for the Penguin Prize for African Writing 2010. She lives in Johannesburg and writes short stories, novels and biography. 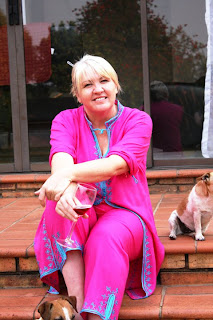 "I find it frustrating that as a South African I am expected to write SA stories," says Isabella, who is an ardent traveller with a special interest in North African literature. "My short story collection set in Egypt, was not picked up by local publishers because they felt its appeal would be limited. An Egyptian publisher agreed to publish it. I write about foreign settings and issues because I don't feel I have the critical distance needed to write SA stories. I find it difficult to break through the expectations local publishers have of Southern African writers, i.e. Write local."

Eghosa Imasuen, a medical doctor who lives in Warri, Delta State of Nigeria, is more popularly known as the author of To Saint Patrick, an alternative history fiction. 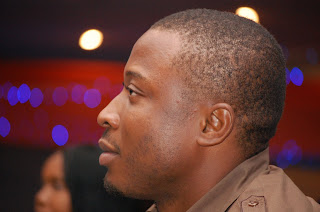 "I find writing sex scenes very difficult. Odd, eh, for something so commonplace, so beautiful, so dangerous," Eghosa says, whose second novel tentatively titled, Big Boys, is a coming-of-age story set in the turbulent years of campus fraternity is scheduled for release by Farafina Books in September 2011. "Where does one find the balance between its beauty and its sometimes awkward mechanics? And my original profession of medical doctor means that it is somewhat demystified for me; my sensibilities are somewhat cold, and I have to drag myself back from oddly mechanical tangents when I am writing/editing sex scenes in my prose; I am always aware of the difficulty of catching the beauty of making love in my stories."


Lauri Kubuitsile's and Julius Masimba Musodza’s will be sharing their own disclosures next week, so hope you drop by.
Posted by Uche Umez at 02:57