What's hard for you as a writer? Pt 2

Lauri Kubuitsile is one helluva prolific writer, with 13(!) published books to her name, and lots of short stories, which have been published on four continents. And what’s more, she’s has other works brewing steadily yet fervently in her cauldron. Lauri inspires me no end. When I asked her what is hard for her as a writer, she replies, “The hardest part of writing for me is getting my rough draft down in time, before the tension pushing it dissipates." 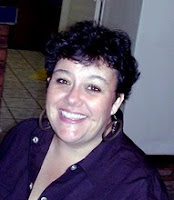 Lauri lives in Botswana and has won numerous awards for her creative writing. And, should I say: lucky her, because she’s the pluck to pursue a full-time writing career. Her third romance novella, Mr Not-Quite-Right is due for publication in August 2011. “I always need to write very quickly at rough draft stage, sometimes as much as 8000 words per day,” she goes on. “I shouldn't be interrupted or I can lose the story completely. Sometimes I write so fast and type so quickly, at the end of the day my fingertips are painful.”


“I think the issue at the moment is that of identity and target readership,” says Julius Masimba Musodza, a Zimbabwean author living in Middlesbrough, Yorkshire, England. “I feel like that country bumpkin who wandered in to a shopping mall in the city. He saw a fat white middle-aged man enter a cubicle with sliding doors. When the doors opened, to his surprise he saw a young black man step out. Utterly amazed, the country bumpkin entered this cubicle. When the doors opened, he found that the outside scenery had changed but he was still the same.

The Zimbabwean authorities have effectively erased me from the literary landscape back home by declaring that only Zimbabwean passport holders are eligible for the prestigious NAMA Awards, so now I have little option except to step out of that strange cubicle contraption on to a new scene yet still look and feel the same.” 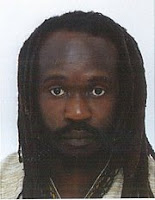 Julius is author of the Dread Eye Detective Agency novels, a screenwriter and film maker to boot. He goes on, “Telling Zimbabwean stories to non-Zimbabweans is a challenge that circumstances have imposed on me. The first difficulty is that most people out there seem to have fixed views about how Zimbabwean stories ought to be told. A good rant about how evil Mugabe is, that every other Zimbabwean is dying of AIDS, that we like to rape little girls and sell women like cattle etc, that we all struggle with 'tradition' and westernisation, these appear to be widely regarded as the natural story of my country. This attitude is not confined to Zimbabwe, acclaimed authors like Chimamanda Adichie have had to remind their readers that there "is no single African story". Likewise, there is no single Zimbabwean story.

Then there is the footnote. One wants to tell a story, not a dictionary of Zimbabweanisms. But if you are writing for a British audience, you still need to explain why a woman addresses as her husband's sister as "the man of this house".

To get around these, I keep in mind that at the end of the day, the essence of a story can transcend boundaries and geography. In a book about Stephen King, the author starts with a plot summary that sounds like it belongs to the horror master's "The Mist". It does, but it could as easily belong to that English/Norse epic, Beowulf. It is this essence at the heart of a story that makes it as appealing to a Zimbabwean as it would to a Japanese or Ugandan or Chilean!”